Ray Griggs was born and raised in Reno, Nevada. At a very young age he became fascinated with the art of tattooing and the idea of drawing on skin permanently. Growing up he spent most of his time drawing, skateboarding, or playing his guitar. Throughout school he would constantly get in trouble for drawing on his friends and himself.
At 19 Ray started sailing as a merchant mariner. Traveling the seven seas. Learning about different cultures and aspects of the world that most never get to see in person. In his spare time aboard ships, being disconnected from all forms of communication to the outside world, he would create as much art as possible.
After a few years of sailing he decided that it was time to peruse becoming a full time artist.
His favorite style of tattooing is good ol fashion American traditional, but he is not limited to that style alone. He also enjoys Japanese, lettering, neo traditional, black work, geometric, even fine line black and grey.
He strives to do his best work on everyone that he tattoos, and loves leaving his clients/friends with something they can be proud to wear forever.
​ 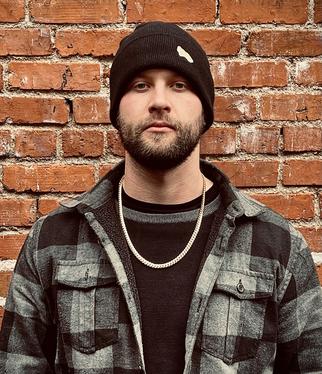