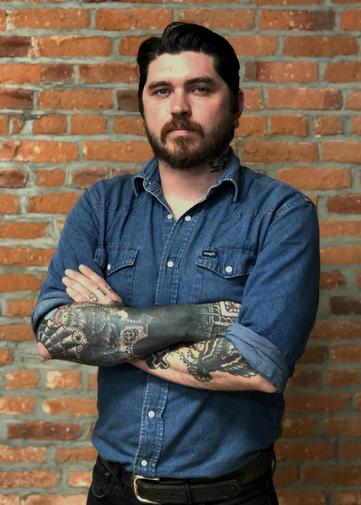 Teague was born and raised in Georgia and relocated to Philadelphia in 2012. After completing his 2 year apprenticeship in 2014, he opened a shop in the suburbs of Philly. After a few years operating his own shop, and then working in others, Teague landed at Seven Swords Tattoo Company in 2018. After working at Seven Swords Tattoo Company in Philadelphia for a few months, Teague decided he wanted to return to his southern roots and is now one of the artists who has joined Myke Chambers in Asheville North Carolina.  Teague uses a traditional formula consisting of heavy black, bright colors and bold lines.