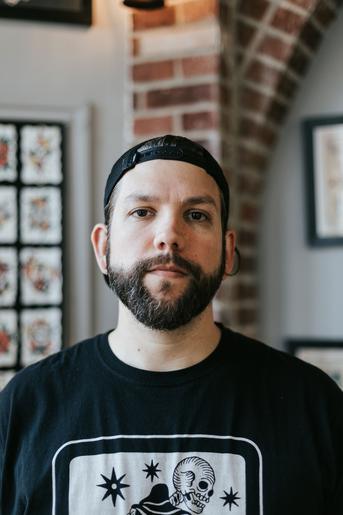 Jeff Miller has been an artist since his high school days, studying art at Philadelphia’s Fleisher Art Memorial, and later at Temple University.

During this time, his interest in tattoos began to form as well.  At the age of 19 he began his tattoo apprenticeship.  Jeff learned to tattoo in a street shop in South Jersey, relying on walk-ins and tattooing in a variety of styles.

In 2014-2015 Jeff hit the road, tattooing around the country at conventions and guest spots.  Coming home from the road, he joined the crew at Seven Swords in 2016.

Jeff tattoos is comfortable tattooing in many styles, but he prefers working in Neotraditional and Black and Grey.