Jeery grew up in Northern California and had recently moved to Asheville NC with his wife and dogs.
After years of working as counter help at various tattoo shops in the Bay Area he decided to stop lying to himself about not wanting to learn the craft of tattooing and took the steps to acquire an apprenticeship which opened the doors to pursue his passion.
Jeery makes charming folk art tattoos rooted in the traditional Americana style doing his best to honor the traditions of the past, while keeping them relevant for the future. 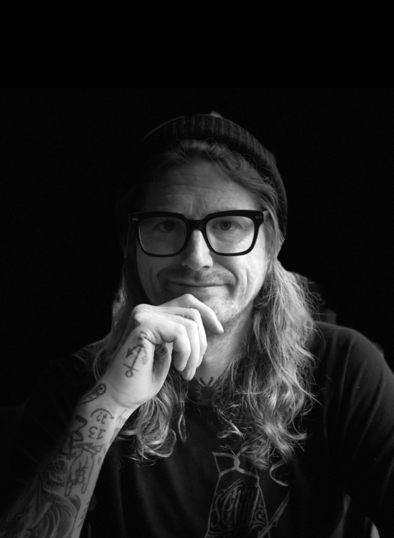